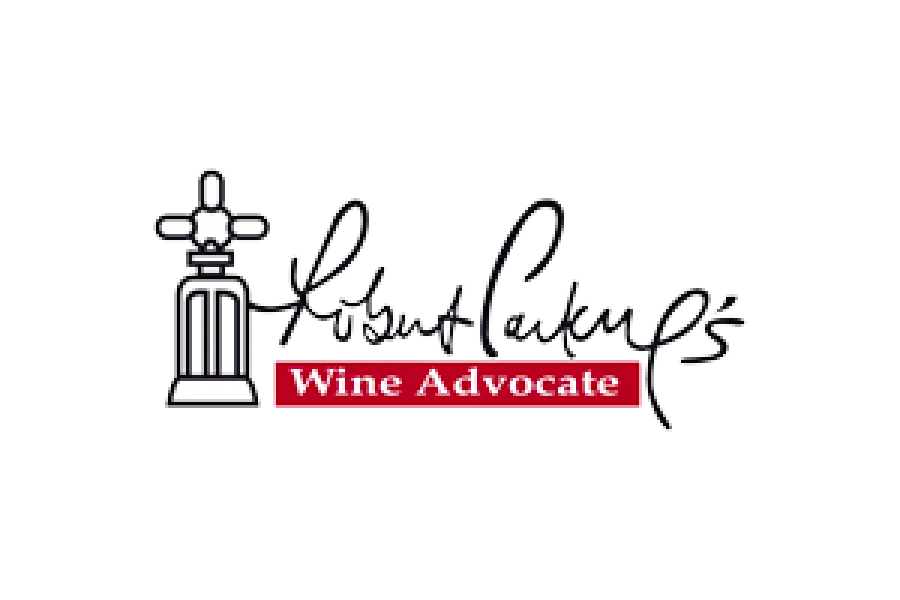 Tasting Notes:"The Franco Pacenti 2015 Brunello di Montalcino Riserva (with 6,500 bottles made) is a dense and nicely concentrated wine with plush and rich fruit flavors. Blackberry, plum and wild cherry cede to spice, potting soil and blue flower. There is an underlying mineral component as well. Although this Riserva has integrated nicely in the six years since the harvest, the fruit feels fresh and youthful nonetheless. Give it a few more years in your cellar. Some 6,500 bottles were made. In addition to these wines reviewed here, Lorenzo Pacenti and his family are gearing up for the release of the single-vineyard Brunello di Montalcino Rosildo and the 2018 Rosso di Montalcino, which will both be bottled at the end of this year.".

Tasting Notes:"The Franco Pacenti 2016 Brunello di Montalcino opens to tart cherry and cassis with more layers of spice, licorice and balsam herb at the back. The wine unfolds to show a classic interpretation of the vintage with a mid-weight mouthfeel and bright acidity on the close. This Brunello draws its fruit from a site with soils that are especially clayey, and there is a touch more textural richness as a result. This is a 20,000-bottle release. In addition to these wines reviewed here, Lorenzo Pacenti and his family are gearing up for the release of the single-vineyard Brunello di Montalcino Rosildo and the 2018 Rosso di Montalcino, which will both be bottled at the end of this year.".

Tasting Notes:“Here's an exciting new wine. Franco Pacenti's mediu-weight 2015 Brunello di Montalcino Rosildo shows pretty depth with a layer of crushed stone or iron rust. That earthy note lifts to reveal a pretty inner core of wild fruit, plum and blackcurrant. That characteristic vintage signature of balsam or medicinal herb also plays a leading role in the Rosildo bouquet. Fruit comes from a 1.5-hectare vineyard with heavier clay soils at 300 meters above sea level. These are followed by well-managed accents of smoke, tar and spice. A mere 1,000 bottles were made, and this wine will be officially presented in May 2020.”

Tasting Notes:"The Franco Pacenti 2015 Brunello di Montalcino is another classic expression from a vintage that I found to be surprisingly homogenous across the appellation. Perhaps this wine is a bit more tempered and cooler in terms of its aromatic offerings, insisting instead on delicate floral and wild berry aromas. It shows pretty points of sharpness and detail that you don't normally find in a vintage that was as evenly warm and sunny like 2015. Despite its more timid demeanor, this Brunello shows a beautiful capacity to grow in intensity the longer it opens in the glass. Be patient and give it time. Some 24,000 bottles were released in January 2020. This is a big year for Franco Pacenti. The estate is releasing a new wine, the 2015 Brunello di Montalcino Rosildo, that will hit the market in May of this year. That's why I have not listed a price for it yet. It is named after the founder of the estate—Franco Pacenti's father, Rosildo. By the way, the estate's official name is Franco Pacenti (and no longer Franco Pacenti Canalicchio, as I have listed it in the past)>".

Tasting Notes:“Franco Pacenti's 2014 Brunello di Montalcino is a smooth and elegant interpretation of Sangiovese. The wine presents a bright and focused bouquet with aromas of wild cherry, rose hip, crushed stone and dried herb. Those herbal notes veer toward medicinal and balsam properties with mint and dried ginger. The wine is thin in terms of mouthfeel with a short-to-medium finish. Some 16,000 bottles were made.”

Tasting Notes:“The 2013 Brunello di Montalcino is a free-flowing and delicate expression of Sangiovese from a well-balanced vintage. The wine imparts variety-driven aromas of cassis, wild strawberry, cola, licorice and pressed violets. The bouquet treads with light and quiet footprints. The mouthfeel is a bit more abrupt, with sour cherry flavors and bright acidity that resets the palate. Some 20,000 bottles were made. Compared to past vintages, this wine appears a tiny bit more timid and subtle.”

Tasting Notes:“The 2012 Brunello di Montalcino shows excellent continuity with past vintages and underlines a house style that is specific to this estate. This is a nuanced and delicate expression of Sangiovese that delivers grace and power. It walks a fine line between these two opposites. The bouquet is redolent of wild berry, red currant, grilled herb, wild mushroom and underbrush. I gave the 2011 vintage the same score, although the differences between the two wines are pronounced. The 2011 vintage shows the warm climate with more directness, whereas this edition offers more subtle depth and finesse. Both wines are most appropriate for near or medium-term drinking.”

Tasting Notes:“Here is a wine that offers ripeness, opulence and roundness in balanced measure. Franco Pacenti's 2011 Brunello di Montalcino is a supple and enduring wine with excellent aromatic richness. The bouquet's complexity is not to be underestimated. It creeps up on you slowly. It shows a solid core of red fruit but also offers clove, cola, licorice and pressed violets. This Brunello delivers an elegant and tempered side to this warm vintage. The mouthfeel needs to flesh out further and the wine would benefit from another three to five years of cellar aging.”

Tasting Notes:Score 94/100 “Initially subdued, the 2010 Brunello di Montalcino reveals itself very slowly thanks to budding aromas of rose, cherry, licorice, tar and menthol herb. The Canalicchio vineyard sites (Sopra and Sotto) show fantastic results in this classic vintage. This wine opts for a less aggressive interpretation of the vintage with soft fruit, polished tannins and mild intensity. It is Brunello at 70% horsepower. That slower approach gives you more time to appreciate the delicate tones of brimstone and balsam herb that carefully rise from the bouquet. It would be interesting to see where this wine goes five years from now. My guess it that it will grow in intensity.”

Seguire Instagram
This error message is only visible to WordPress admins

There has been a problem with your Instagram Feed.
© Az. Agr. Pacenti Franco - Webdesign by DNA VINO